About:
Hypertech is a technology-driven company with a unique status in the aftermarket industry. Unlike other speed equipment manufacturers that produce hard parts like camshafts and cylinder heads, our core product is knowledge; the ability to tune the complex computers that control essential functions in modern automobiles. We have invested in people, not machinery. The knowledge and skill of the Hypertech team are our most valuable assets. Our staff of engineers and technicians has degrees in a variety of disciplines, including electrical engineering, computer science, and mechanical engineering. Hypertech people know computers from the inside out! The Hypertech team is passionate about performance. We have racers, hot rodders, and performance enthusiasts on our staff. You'll find modified trucks and street machines in our employee parking lot. We build project cars and use our trucks for towing on weekends. We come from different backgrounds, but we have all learned to appreciate the tremendous power of electronic engine controls to improve performance on the street as well as on the race track. Hypertech is the technology leader in high-performance engine tuning computer-controlled vehicles. Electronic engine controls have evolved rapidly since their introduction in the early '80s. Hypertech has kept pace with these rapid advances in technology by developing power tuning products that take advantage of the capabilities of these electronic controls. Early automotive computers used replaceable PROMs or "chips" to calibrate the Electronic Control Module (ECM) for a specific engine, powertrain, and vehicle combination. Hypertech created the original Power Chips to recalibrate these electronic "brains" for improved performance. Later generations of Electronic Control Units (ECU) eliminated calibration chips. Instead, engine tuning information is stored in the unit's programmable memory. In addition to controlling basic engine functions, microprocessors now monitor and govern a wide range of systems, including the transmission, brakes, instrument panel, emission controls, and heating/air conditioning. For comparison, the code stored in an early chip would fill one page; now a typical ECU contains more than 1,600 pages of code! Hypertech created the Power Programmer to access this "flash" memory and download the Hypertech Power Tuning program directly into the ECU's programmable memory. In addition to controlling engine functions such as air/fuel mixture, spark timing, and maximum rpm, these highly evolved ECUs also regulate transmission shift points and firmness, limit top speed, and display speedometer and odometer readings. Hypertech's engineers were able to use these capabilities to provide additional features for enthusiasts. The Power Programmer is much more than a tuning chip - it is a self-contained automotive tuning computer. The Power Programmer automatically installs the powerful Hypertech tuning program. It also allows enthusiasts to access and reprogram the vehicle's computer to function properly with aftermarket components such as non-stock wheels, tires, and rearend ratios. A Hypertech Power Programmer is really the most powerful and versatile tool a performance enthusiast can own! Today Hypertech Power Tuning products span the spectrum of automotive technology. We continue to offer our famous Power Chips for older vehicles while constantly updating our Power Programmers for the latest cars and trucks on the market. As the power of digital systems expands, Hypertech will continue to design and manufacture power tuning products that are on the cutting edge of technology. 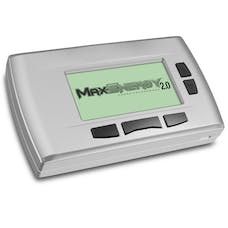 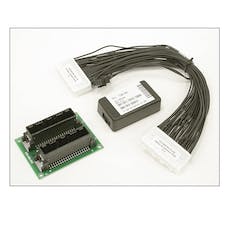 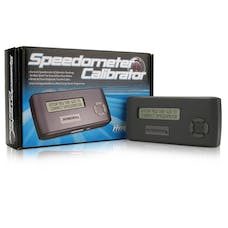 03-UP CHRYSLER/DODGE GAS AND 05-UP JEEPIf you're running non-stock tire sizes and/or gear ratios. Hy..